Light turns into dark: You can't believe how you can change a room, says the District Administrator of Tirschenreuth!

Light turns into dark: You can't believe how you can change a room, says the District Administrator of Tirschenreuth! 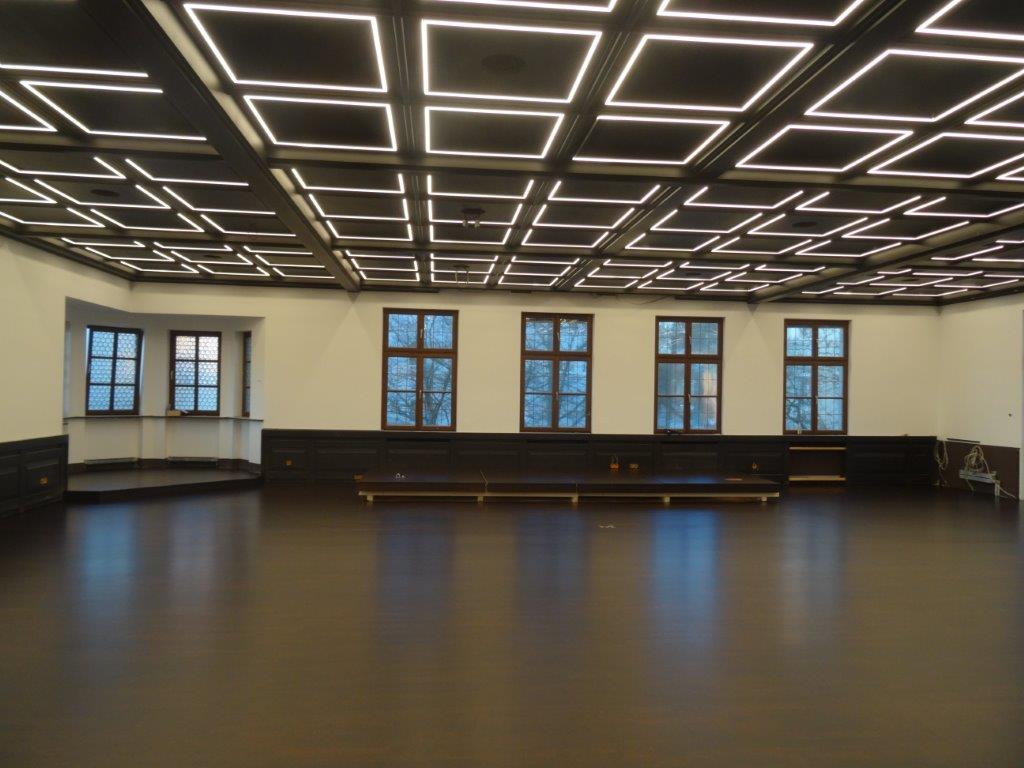 After consultation with the craftsman Hans Preisinger, the architect Brückner decided to use the ultra-mat version of the environmentally-friendly water varnish sealing IRSA Platinum 2C 3030, ultra-mat.

Hans Preisinger and his employers were able to carry out this project very quickly and without any complications, due to IRSA 2C Öl-Grundierung, wenge, (IRSA 2C Oil Primer). 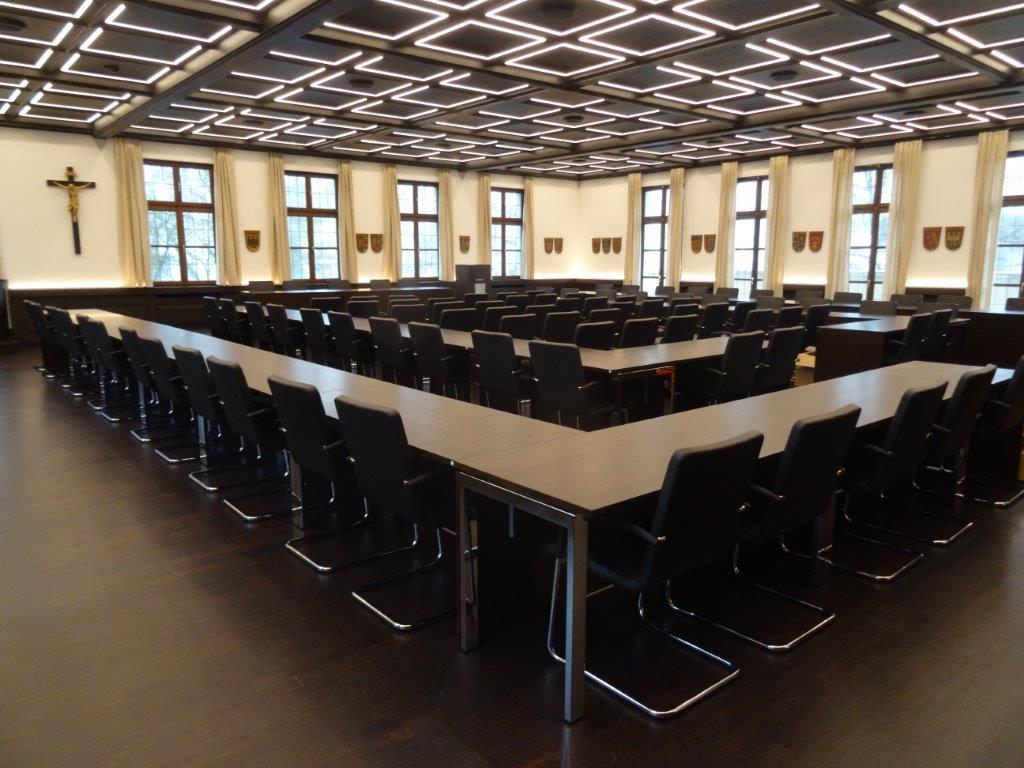 You can't believe how you can change a room, says the District Administrator of Tirschenreuth!

Tirschenreuth is a district town in the district of the same name in the Bavarian Upper Palatinate. This is only 15 kilometres from the Bavarian-Czech border away. In Bavaria, only Munich has even better values: The district is still on the upswing regarding tourism - the increase in the number of overnight stays is 13.1 %.

After 35 years, the large meeting room of the district administration office has been inaugurated for the second time. Much has developed differently since then. The last name of the architect has remained the same, who has sensitively changed the former design in accordance with the spirit of the present day.

Peter Brückner continued the work of his father Klaus Brückner, who died in the early 1980s, by converting, modernizing and renovating the fire protection of the district office extension building. It cost1.5 million Euros, to modernize district administration.

In addition to new tables and new seating, the meeting room will also have a completely new, modern technical equipment with energy-saving LED lamps. And after 35 years the floor also needed a new appearance.

Peter Brückner explained that this project was something special for the architectural office Brückner & Brückner simply because of his father's heritage.

Despite national tenders, 80% of the contracts were awarded within the region. Nearly 20 companies were involved in the construction. District Administrator Wolfgang Lippert was very satisfied with the result: "The meeting room is hardly recognizable. It's hard to believe how a room can be changed.... the handwriting of the architectural office can be recognized everywhere: simple, but noble, timeless, using local materials, functional and well thought-out with creative moments of surprise - simply Brückner".

The new design of the meeting room in dark wooden tones: A moment of surprise in design!

Brückner wants to achieve for the building its own identity - real material and solid craftsmanship are a must to be able to guarantee quality.

Not every day master carpenter Hans Preisinger receives the order to colour 230 m2 oak parquet in the colours wenge. The architect had enough trust in Hans Preisinger, to be able to perfectly colour such a large area. And he was right - the result is not only convincing in terms of craftsmanship, but also convincing through a completely new spatial effect.

Hans Preisinger and his employees were able to colour quickly and easily, by using IRSA 2K Öl-Grundierung (IRSA 2C Oil Primer). IRSA was able to dispel its concerns that there might be difficulties due to stains or overlaps.

In addition to its extraordinary wear and scratch resistance, IRSA Platinum 3030 2C-Polyurethane Parquet Waterborne Varnish, ultra-mat has a high abundance. The sealing layer does not get yellow. The closed coating film is water-resistant even after prolonged exposure to water and convinces with its good resistance to household chemicals. IRSA Platinum 3030 2C polyurethane water-based parquet varnish is insensitive to heel marks. The total consumption is at least 360 g/m2. IRSA Platinum 3030 2C-Polyurethane-Parquet Water Varnish, ultra-mat, can be used for floors in public buildings, schools, offices, gymnasiums and sports halls (tested according to DIN 18032 part 2); with normal to very heavy traffic.

This made it possible to create a surface that could be subjected to very high loads and which looks natural - almost like an oiled surface.

According to the wishes of the district administration, the further care and cleaning should be easy to carry out without a great deal of time.

The care and cleaning agent must be adapted to the ultra-mat surface, so that no shine is produced by the applied care product. Therefore, it is obligatory for Hans Preisinger that the mat IRSA Aqua Star R 9 (also tested according to DIN 18032 part 2) is used. IRSA Aqua Star R9 is diluted (add 100 ml Aqua Star R9 clean water to 10 L) and use in an uncomplicated wiping process. There is no film formation, the floor is cleaned and maintained at the same time and has no shine, so that the original ultra-mat surface remains mat for a long time.